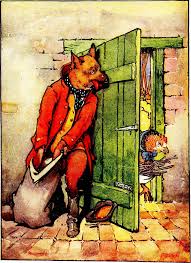 Last blog told the story of the Ballard home in Austin, Texas.  Mold had been detected and the affects were turning what was a dream into a nightmare.

The toxins affected Mr. Allison. He became very forgetful: When he’d go to the grocery store, he’d leave the groceries there, she said. Allison says his memory loss affected his work. His co-worker Harold Babbitt noticed the change. “I would walk into his office, and he would just be staring, like someone who had a stroke,” Babbitt said. “There were deals that should have been completed that weren’t completed.” Allison finally resigned.

Since Ballard left the house, her symptoms disappeared. But Reese developed asthma and had trouble in school. Allison went to New York with Reese to see a doctor specializing in treatment of mold exposure illnesses: Dr. Eckhardt Johanning, of Albany, who has studied more than 600 patients exposed to toxic mold.

Dr. Johanning found that both Reese and his father had low levels of antibodies, which suggested exposure to a toxin.Dr. Johanning said Reese should never again be exposed to the mold.

“I’m not saying this is necessarily a permanent condition,” Dr. Johanning said. “The brain can repair itself a lot. But it may take some time to do so. Stachybotrys produces very potent chemicals that can cause brain fogginess, tremors, problems with the memory.”

Melinda Ballard sued her insurance company and the case went all the way to the Texas supreme court before a settlement was agreed upon.  This case became very well known in Texas and many people began calling for mold inspections.  At the time, the same company was allowed to do the environmental assessment AND the clean up/ remediation.  Preying upon the fear of the Ballard case, many mold assessment companies would “find mold” and then charge exorbitant prices to clean it up, knowing the insurance companies were obligated to pay.  The Fox was truly in the hen house.

Eventually, the State of Texas stepped in and modified the regulations regarding mold assessment and remediation.   As of 2019, the company that assesses the mold CANNOT be the same company that remediates/cleans up the mold.  The assessing company, upon finding significant amounts of  mold, is required to write a protocol for cleanup, but they cannot do the cleanup work or receive a cleanup fee.

Dog Gone Mold Dallas DO NOT do mold remediation.  We do only assessment and protocols.  We also will do a final assessment upon completion of the clean-up if remediation was recommended.   When we come to your property, you receive TWO inspections for the price of one.  A human certified assessor examines your property, then a specially trained mold sniffing dog does a second check.