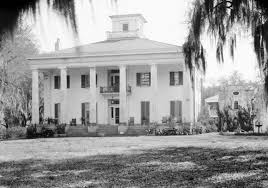 Melinda Ballard and Ron Allison thought they owned a dream house.  Similar to the Gone With the Wind mansion. It’s not a dream home anymore, more like a nightmare, invaded by a mold that they say made everyone in their family sick.

Reese, their son, was the first to become ill at age 4. Soon Ballard became sick feeling woozy and out of balance. Then Allison, an investment banker, began having trouble breathing. He started coughing up blood, Ballard said.

Experts commonly agree the family was being poisoned by a black toxic mold, called Stachybotrys. The mold, which has been found in all 50 states, in homes, businesses and schools, had invaded their house. Some strains of Stachybotrys cause allergies, asthma and skin rashes. Others produce mycotoxins, released into the air. These toxins can seriously damage the lungs and central nervous system.

In April of 1999, a mold expert Dr. David Straus, told the Ballards to evacuate their home because of the toxic mold. This mold began with a leak in the downstairs bathroom. The mold infiltrated under the flooring, 2,500 square feet of a wooden floor, according to Ballard.

“It needs water and it needs some type of organic food source,” said Dr. Straus, who is at Texas Tech University. “They like cellulose,” he added. “Most of the material we use to build houses – like Sheetrock, ceiling tile, wood – fungi can grow on.”

And the mold contaminated all of the family’s possessions, including photographs, Dr. Straus said. It got into the air-conditioning unit and spread toxins throughout the house. Removing every trace of the mycotoxins may be impossible, said experts hired by the Ballards.

“This is like what happens in a huge flood; you lose everything,” Ballard said.  Little did she realize how much she would lose and the fear of mold that began to permeate through all of Texas.

Stay tuned to this Blog for Part 2 of the Ballard Case and how it changed the way Texas handles mold assessment.

Want to have your home or building inspected from TWO experts?  One certified human and our wonder Dog Mason?  Contact us today!